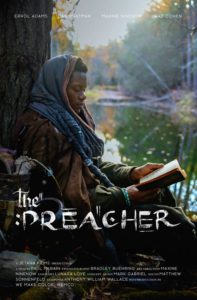 Many hundreds of years after the world we know has been laid to waste, our histories and explanations forgotten, a lone preacher named John wanders the forest. John is able to eke out a living by telling stories and selling amulets, but, alone and world-weary, he begins to be plagued by self-doubt. The film follows him as he journeys ever deeper into the forest.